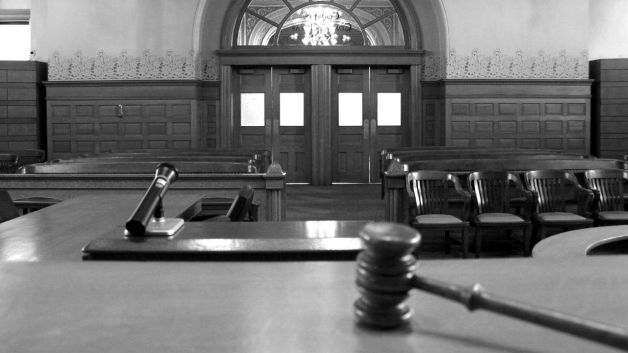 From Then Till Now –

A Brief History of the Penang Bar

“Penang Lawyer” was made famous by Sir Arthur Conan Doyle (who is better known as the author and creator of ‘Sherlock Holmes’) in his book “The Hound of the Baskervilles”. It is a particular type of walking stick made of a fine thick piece of wood, and is bulbous-headed and was just such a stick the old-fashioned family practitioner used to carry – exuding dignity, solidity and reassurance. But we, as the real Penang Lawyers, are far from being mere walking sticks … we are proud to lead!

It has been said that the history of the modern Malaysian judiciary began with the acquisition of Penang Island in 1786 by Captain Francis Light. As the island flourished into a strategic trading post with its growing population, Captain Light was compelled to seek the counsel of the Governor-General in India on the legal aspects of governing the people of this settlement. By 1807, a Royal Charter was granted to Penang which provided for the setting up of a Supreme Court. This was followed by the appointment of the first Supreme Court judge designated as the “Recorder”. The Supreme Court of Penang was first housed at Fort Cornwallis and was opened on 31 May 1808.

The first Superior Court Judge in Malaya originated from Penang when Sir Edmond Stanley assumed office as the First Recorder of the Supreme Court in Penang in 1808. Interestingly, Sir Stamford Raffles, the founder of Singapore, was the first registrar of the Supreme Court of Penang. Later, and with changes made to the judiciary of the Straits Settlements, the designation “Judge” was substituted for “Recorder”.

Hence, the Malaysian legal profession actually originated from Penang at the turn of the 19th Century. This was acknowledged in the Bar Council Pictorial Biography entitled, “Justice Though Law” which was published in conjunction with the Bar Council’s 50th Anniversary.

The Penang Bar has always taken great pride in their members achieving many firsts. Perhaps these achievements go to justify our belief that “Penang Bar memang boleh!”

On 4 July 1974, legal history was again made when Malaysia’s first Primer Minister, the late Tunku Abdul Rahman, became the first Prime Minister (after leaving office) to be admitted to the Bar before the Penang High Court. His admission was presided over by Chang Ming Tat, J and moved by the late Dato’ Eusoffe Abdoolcader. The Tunku in addressing the Bench at his Call described the event as “the proudest moment” of his life.

Among the other notable senior lawyers (some of whom were later appointed as Judges) who originated from Penang are:

The Penang Bar was the pioneer in legal aid. It gave its support when the idea was mooted. Legal aid for the needy and poor started in merely a shack in Bayan Lepas. It was in full swing under the flagship of the Penang Legal Advisory Centre. The Bar council having observed the success of our project soon adopted it as one of its programmes and made it compulsory for each State to have at least one legal aid centre. Today, Penang has 1 full-time legal aid centre at Green Hall and legal clinics at various Courts.

Our members are also very enthusiastic and zealous in sports, playing both competitively and in friendly matches with various governmental and non-governmental departments. We take pride in our annual Penang-Perak Games where each State takes turns to host the event. We have named challenge trophies in recognition of our popular players who were taken from us early in their lives but who have made their presence felt in the game – Asamaley Hockey Challenge Trophy and Choo Hon Choy Football Trophy.

Distinctiveness of the Penang Bar

In the past, pupils paid courtesy calls on senior members. However, this practice is now limited to Committee Members. Upon being admitted to the Bar, it is common for the newly admitted members to host a tea reception in Court whereby members of the Judiciary, court staff and fellow Bar members are all invited to attend.